The Lower Keuper or Lettenkeuper, formally Erfurt Formation, topping the Upper Muschelkalk was called Lettenkohle in the past because of its thin and poor coal seams. Letten is a dialect word that means nothing of value. The 20 up to more than 50 m thick succession of claystones, sandstones and dolomites is assigned to the Keuper in Germany, but to the Muschelkalk in Switzerland. It is of Ladinian age and hence part of the Middle Triassic. At Lower Keuper times Central Europe was an area of vast swamps with larger and smaller lakes. A huge delta of a braided river system draining the Scandinavian Highlands was spreading from North to South transporting fine-grained sand that filled the delta branches. Temporarily the sea level was rising and flooding parts of the basin with brackish lakes. In the swamps horsetails of tree-size, ferns, and cycads accumulated to thin clayey coal seams. The lakes were inhabited by bivalves and other invertebrates, a variety of fish, and huge temnospondyl amphibians. While the swamps fell dry during seasonal dry periods, large terrestrial rauisuchian crocodiles invaded for preying on the defenceless amphibians.

Nowadays the Lettenkeuper rocks are no longer used and have to be removed from the Upper Muschelkalk quarries in Southwest Germany. Thus palaeontological excavations teams can exploit the highly fossiliferous vertebrate Lagerstätten. In the past, the greenish-grey sandstones were quarried as easily workable building stones, which are characteristic of the regional historical architecture. Mining of alumn and coal was shut down long ago. 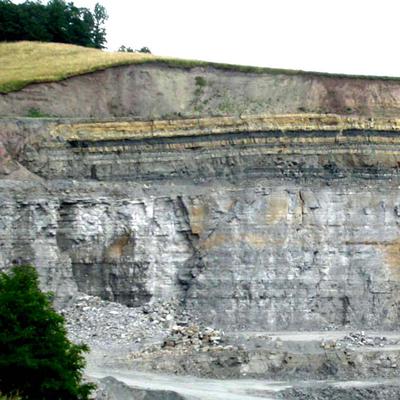 The Lettenkeuper sequence between the greyish Upper Muschelkalk limestones and white gypsum and red claystones of the Middle Keuper. Vellberg quarry near Schwäbisch Hall (Baden-Württemberg). 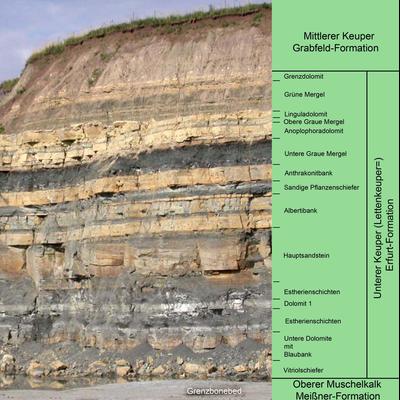 Lithostratigraphy of the Lettenkeuper section in the Vellberg quarry. From Hagdorn et al. 2015 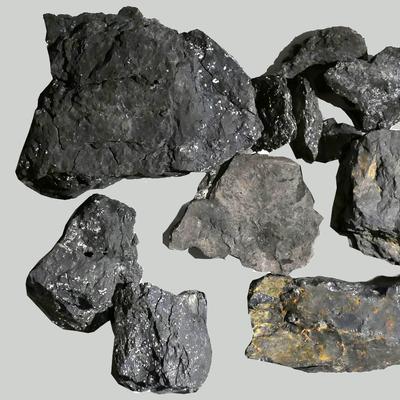 The historical name Lettenkohle describes the local occurrence of thin seams of clayey coal that was hard to burn and produced a lot of ashes. In Germany this name was replaced by Lettenkeuper because false hope of coal should be avoided. However, the Lettenkohle is the oldest past-Paleozoic coal. The picture shows Lettenkohle from the Wilhelmsglück quarry near Schwäbisch Hall (Baden-Württemberg). 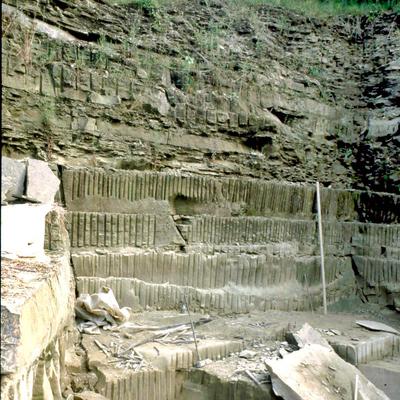 In the 19th century, the now abandoned sandstone quarry of Neuenstein (Hohenlohe, Baden-Württemberg) yielded valuable building stones that were traded all over Germany. 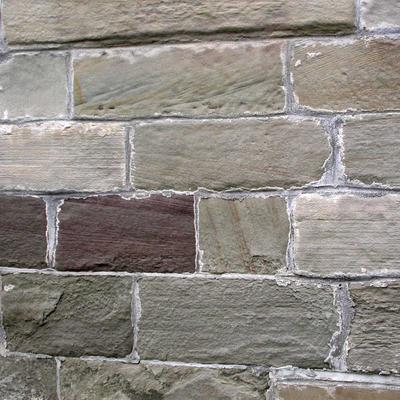 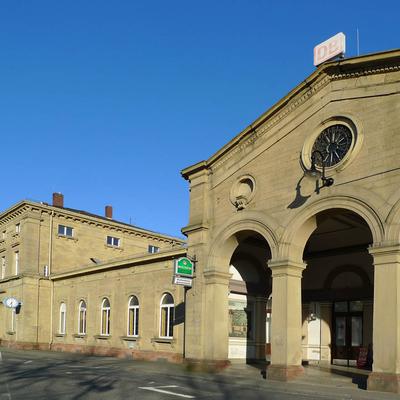 In the 19th Century, the greyish-green Lettenkeuper sandstone was in vogue as building stone, the best qualities of which were used for representative buildings like the Osterburken railway station. However, air pollution and road salt are causing serious damage on the sandstone surfaces.