For a long time, Muschelkalk sea urchins were almost exclusively known from isolated spines and platelets of their corona. During the last decades complete articulated specimens were found with their spines attached. Like the Middle Triassic asteroids they combine ancestral and advanced characters. The genera Triadotiaris and Serpianotiaris were dispersed over vast areas of the Muschelkalk Sea. The Lower Muschelkalk in Silesia, the fauna of which was strongly influenced by Tethyan faunas, yielded additional genera. A unique find of a complete Palaeozoic-type echinoid in the Upper Muschelkalk of Lorraine sheds new light on the end-Permian extinction and the phylogeny of the post-Palaeozoic Echinoidea.

Extant sea cucumbers inhabit shallow coastal environments as well as abyssal depths. In contrast to other echinoderms they have a bilateral symmetrical, cylindrical or worm-shaped body and a leathery skin with incorporated isolated, bizarre looking calcareous sclerites. Articulated sea cucumbers are among the rarest invertebrate fossils. The only find in the Muschelkalk described in literature comprising a number of calcareous rings is held in the Muschelkalk Museum. 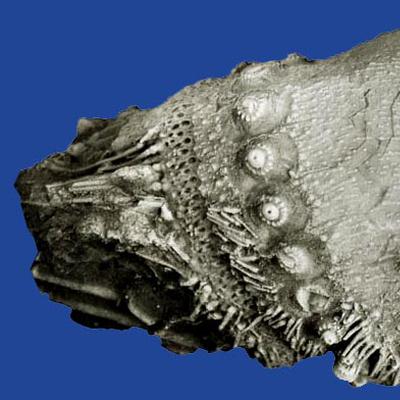 With a corona diametre of up to 5 cm, Triadotiaris grandaeva is the biggest Middle Triassic echinoid known. Complete articulated specimens with their spines attached are extremely rare because their coronal plates do not construct a solid test, but imbricate like tiles. Hence, Triadotiaris tests decay soon after the animal´s death. 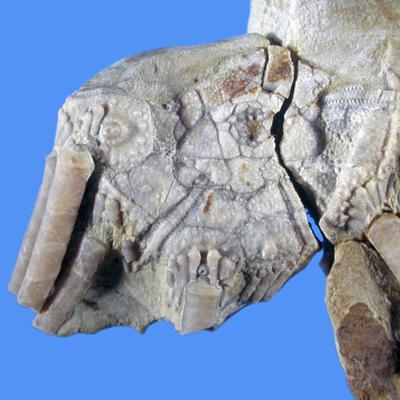 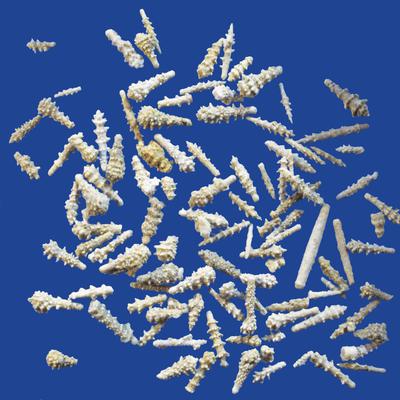 Triadocidaris is a small echinoid with variable short, spiny or granulated primary spines. This genus was widely distributed in the Middle Triassic over the Tethyan shelf and in the Lower Muschelkalk of Upper Silesia but has not been found in the Muschelkalk of Germany. 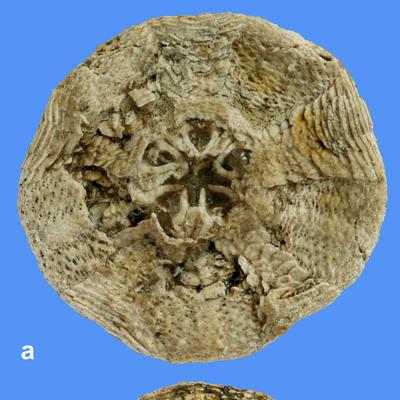 Lazarechinus mirabeti from the Upper Muschelkalk of Lorraine was baptized after the collector. This echinoid belongs to the Palaeozoic proterocidarids, which are characterized by multiple rows of small, flexibly arranged ambulacral and interambulacral plates. Against earlier views, the unique find of this ‘Lazarus‘ fossil proves that not just one echinoid lineage survived the end-Permian extinction event. 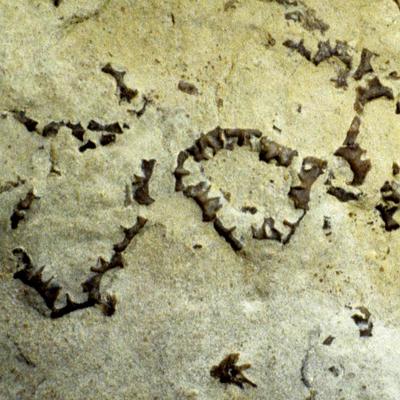 Until now, articulated holothurian remains have been found only once in the Muschelkalk. Five radial and five interradial elements form the calcareous rings surrounding the animal’s mouth. 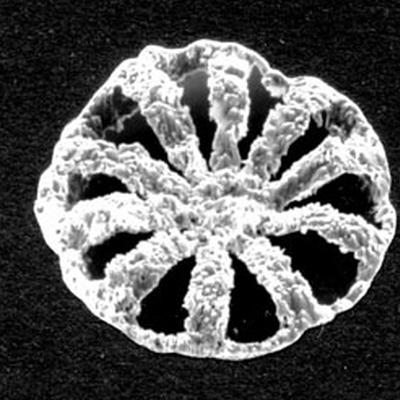 The minute holothurian sclerites are processed from rock samples by means of micropalaeontological methods. They are useful biostratigraphic index fossils. The picture displays a wheel-shaped sclerite of genus Jumaraina (formerly: Theelia) indicative of basal Lower Muschelkalk.