Only a few Middle Triassic asteroid genera are known, but each of these was described from Muschelkalk specimens. Best known is Trichasteropsis, a genus defined by a mixed pattern of ancestral and advanced characters. Trichasteropsis was presumably preying on small bivalves and gastropods. The radiation of the Asteroidea, which made these echinoderms highly mobile, successful and diverse predators, commenced not before the end of the Triassic in Early Jurassic times.

The Muschelkalk brittle stars inhabited the seafloor. Mass occurrences of equally sized individuals are indicative of coeval populations of the same seasonal reproduction cycle. Like their extant relatives, they avoided bright light and tried to hide under bivalve shells or within empty ceratite conchs. There they were frequently trapped when mud was settling after a storm. 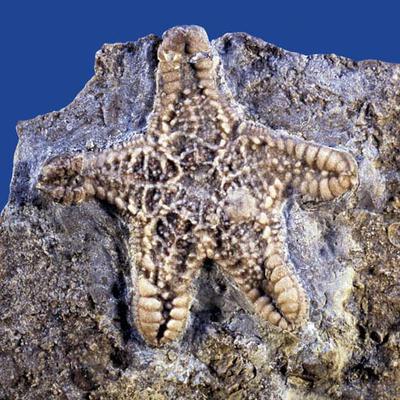 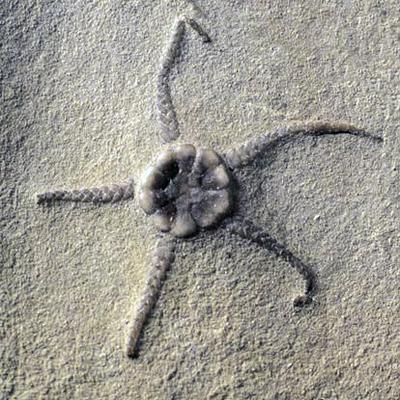 Aspiduriella scutellata, the most common Muschelkalk brittle star, is characterized by short arms and a central disc with large dorsal platelets. 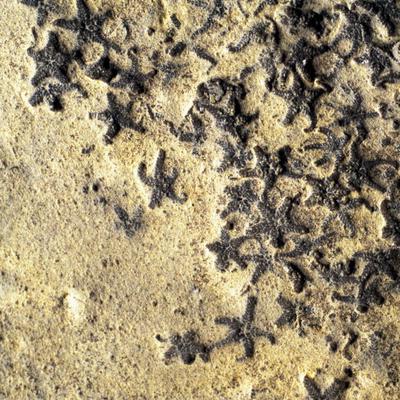 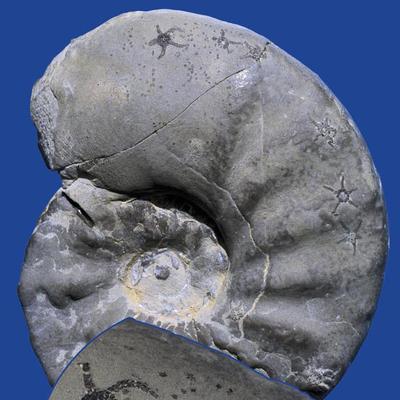 Some adult Aspiduriella individuals were unable to escape from out of an empty ceratite body chamber when this was mud-filled during a storm event. It still remains an open question whether or not the countless tiny baby stars trapped with the adults were their offspring. For breeding pouches as observed in several extant ophiuroids no evidence was provided in Aspiduriella. 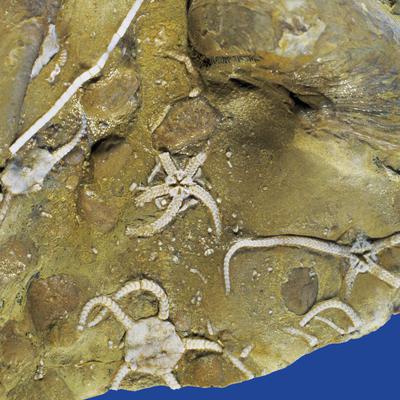 Arenorbis squamosa with long, slender arms occurs in the Lower Muschelkalk of Silesia as well as in contemporaneous rocks in the Vicentinian Prealps. The figured specimen was found in the Gracilis Formation of Recoaro. 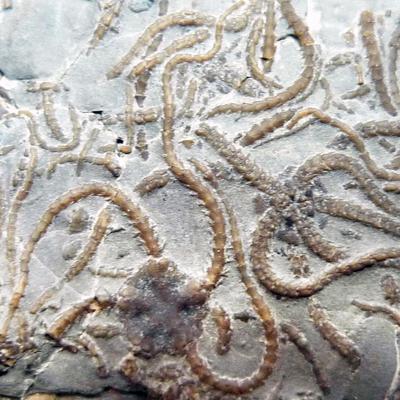 Aplocoma agassizi is also a common Upper Muschelkalk ophiuroid, characterized by a disc with a finely granulated dorsal side and long and slender arms with large tentacle pores. Associations of articulated individuals of this brittle star, which belongs to family Ophiolepididae, are occasionally found on beddings planes. However, thin limestone beds largely consisting of its isolated ossicles are more common.