Ceratites are certainly the most common Muschelkalk fossils. The cephalopod order Ceratidida comprises the typical Triassic ammonoids with the simple sinuous suture line. During Triassic times, ammonoids reached their maximum diversity. However, only a few genera immigrated into the Muschelkalk sea, but only Ceratites persisted. Generally, cephalopods are rare in the Lower Muschelkalk, but they belong to the same genera that occur in the Tethys. Among these are Beneckeia, Balatonites, and Discoptychites, which are useful index fossils for the correlation of the Lower Muschelkalk with Tethyan rocks. Coincident with the transgression of the Upper Muschelkalk, small Paraceratites immigrated from the Tethys shelf areas and gave rise to an almost uninterrupted, but endemic evolutionary lineage through approx. 3 millions of years. During this time their size, shape, and shell ornamentation changed significantly. Hence, ceratites are the most important macrofossils allowing the subdivision of the Upper Muschelkalk into 15 biozones. Eventually, the ceratite lineage went extinct at the end of the Muschelkalk time with the up to 40 cm big discoceratites. Nautilids are less diverse in the Muschelkalk and represented only by a few genera and species, the most common of which is Germanonautilus. Their calcified beaks, the so called rhyncholites, give evidence of their mode of life as predators or scavengers, comparable to their extant relatives in the Indopacific Ocean. 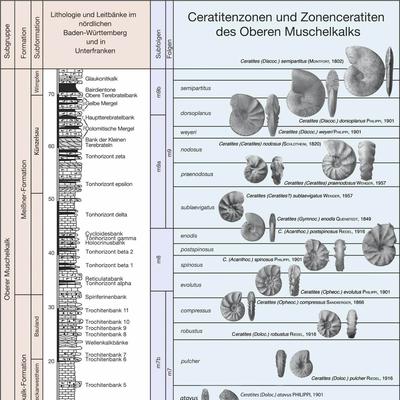 Evolutionary lineage and biozonal scheme of ceratites correlated with a generalized section of the Southwest German Upper Muschelkalk. From: Hagdorn 2020 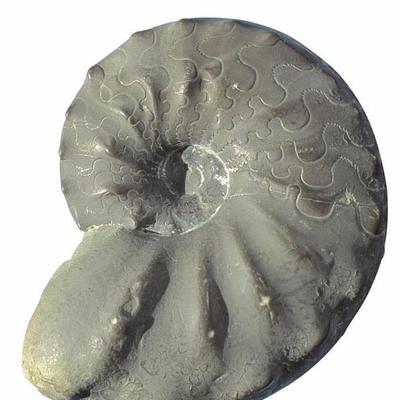 Ceratites nodosus is the best known Muschelkalk fossil. The lithified internal mold of the former nacreous shell, the ‘Steinkern‘, clearly shows the body chamber and the sinuous septa separating the air-filled chambers of the living animal. 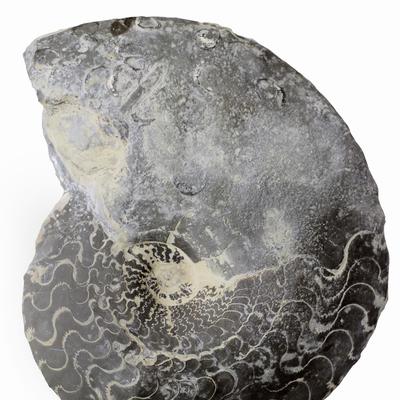 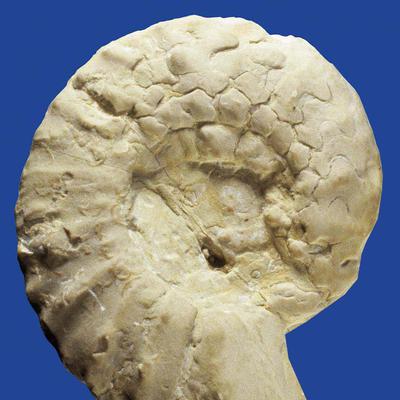 Balatonites was named after Lake Balaton in Hungary. This genus is rarely found in the Lower Muschelkalk. The figured specimen was found in the Upper Gogolin Formation in Upper Silesia. 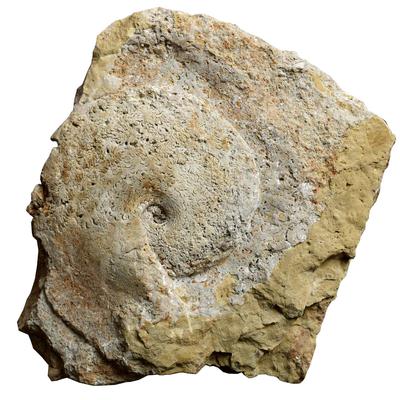 Most specimens of Discoptychites have been found in the Schaumkalk Member of Freyburg on River Unstrut in Central Germany. The specimen figured was collected in the Terebratelbank Member of the Elm Anticline (Lower Saxony) and shows the strongly indented ammonoid-type suture lines. 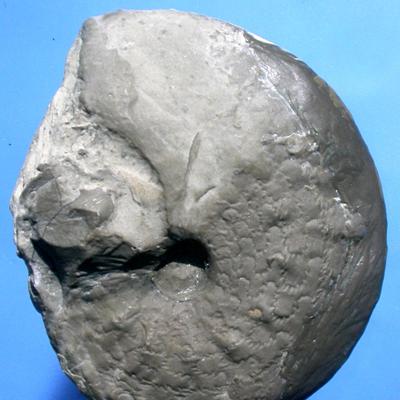 Flexoptychites is an extremely rare immigrant from the Tethys into the Upper Muschelkalk Sea. This genus is characterized by shallow bulges on the flanks and a suture line with indented saddles. The specimen on display was found in the River Tauber area in Northern Baden-Württemberg. 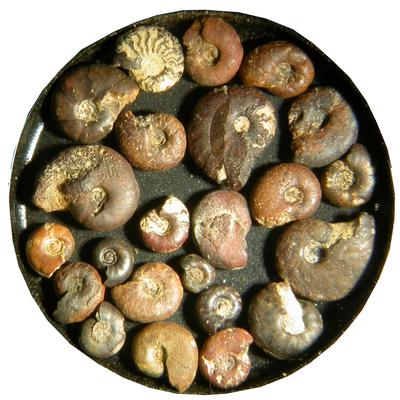 The inner whorls of Beneckeia buchi were pyritized under anaerobic conditions in the Freudenstadt Formation. Such ammonoid nuclei are altered to goethite. Unlike adult individuals, nuclei of Beneckeia have rounded ventral sides. Diameter of the cell: 12 mm 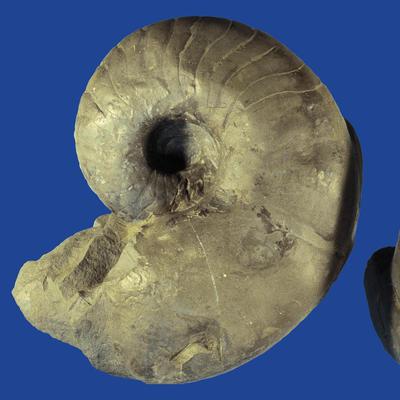 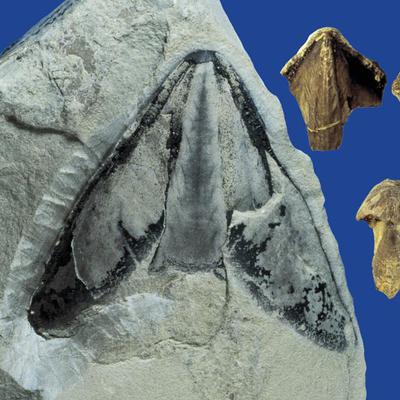 The mouthparts of Germanonautilus comprise a lower beak, Conchorhynchus, with a calcified central part and coalified chitinous side wings, and an upper beak called Rhyncolites.