In the swamps and backwaters of the Lettenkeuper braided river systems, a copious vegetation of diverse plants was thriving. Their coalified remains were collected at times of extensive sandstone quarrying around Schwäbisch Hall, Neuenstein, and Würzburg. In the Triassic, the position of Central Europe was subtropical and influenced by seasonally humid monsoonal climate from the neighbouring Tethys Ocean. Among the characteristic plants are herbaceous horsetails, especially the tree-sized Equisetites arenaceus and the smaller Neocalamites meriani, various groups of gymnosperms, lycophytes, ferns, and cycads, as well as the bennetiteans, which lead towards the flowering plants. Horsetail root thickets in sandstone beds, interpreted as fossil soils, give evidence of deposition above the sea level. Temporarily, thin coal seams developed in the backwaters, after which the formation was formerly called ‘Lettenkohle’, which means ‘unusable coal’. However, there are also floral elements indicating relatively dry habitats. 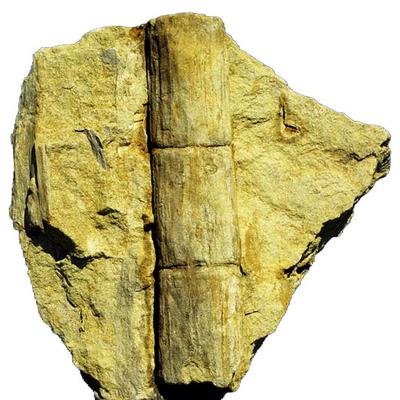 The internal mould of stem segments of Equisetites arenaceus displays the vascular bundles. 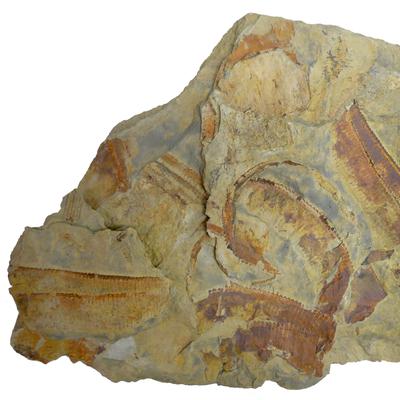 Leaf sheaths of Equisetites arenaceus are much better preserved in fine grained claystone lenses within the Lettenkeuper channel sandstones. 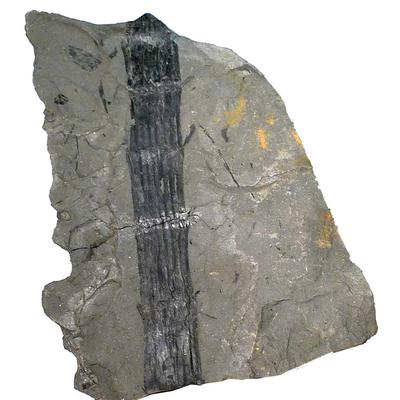 An axis with some remains of leaves of the bushy horsetail Neocalamites in coaly preservation within dark claystone. 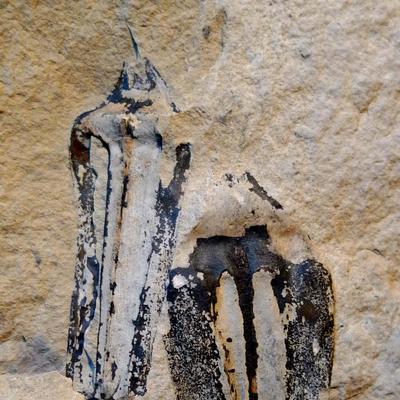 Spore bearing leaves of the lycopod Lepacyclotes from the Lower Keuper Alberti Bed of Öhringen in Hohenlohe County. 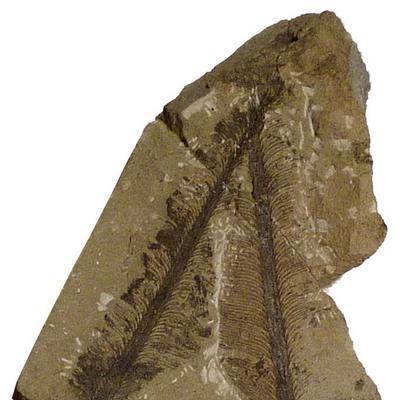 Two leaf parts of Danaeopsis marantacea, a big-sized fern, which is commonly found in the Lettenkeuper sandstones. 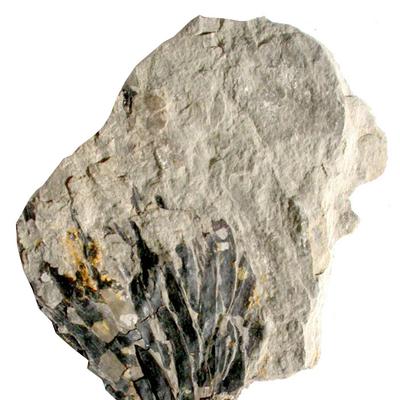