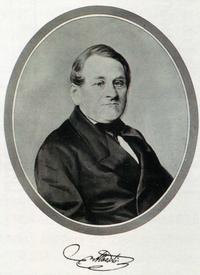 Alberti studied mining and metallurgy at the Stuttgart Military School. In 1815 he was involved in the exploitation of the Muschelkalk rock salt in Jagstfeld. Afterwards, he was in charge of rock salt prospection and construction of the Schwenningen and Rottweil saltworks. From 1854 to 1858 he planned and managed the shaft sinking in Jagstfeld and became director of the Friedrichshall salt mine and saltworks. In 1834 he coined the term Trias by combining the Buntsandstein, the Muschelkalk, and the Keuper as one formation. On the basis of the fossil content he demarcated the Triassic against the Permian and the Jurassic. His books and other writings on geology and palaeontology and on mining and salt production made him one of the pioneering researchers of the Southwest German geology. His name is still alive in public institutions like the Alberti Foundation of the Hohenlohe Muschelkalk Works, the scientific journal Albertiana, issued by the international Subcommission on Triassic Stratigraphy, and in several names of fossils.

Friedrich von Alberti’s lifework is equally important to geology and palaeontology and the mining industry. His name was an obvious choice for a foundation connecting the quarry industry with Earth sciences in the Southwest German Triassic country. 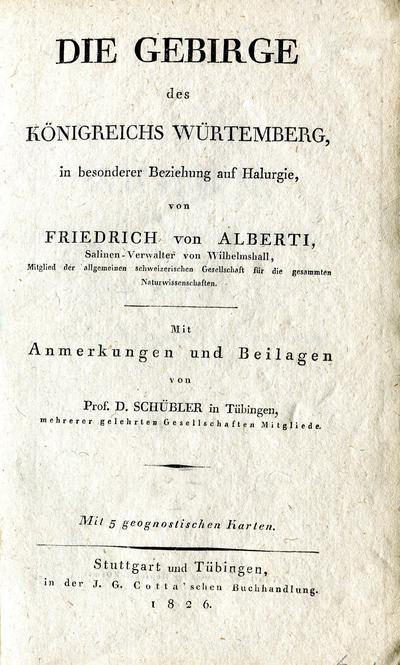 In his 1826 book Alberti updated the Southwest German stratigraphy. 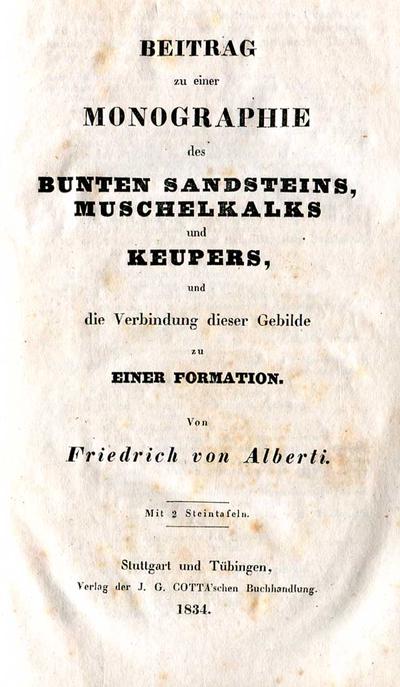 In his 1834 monograph Alberti established the Triassic System. 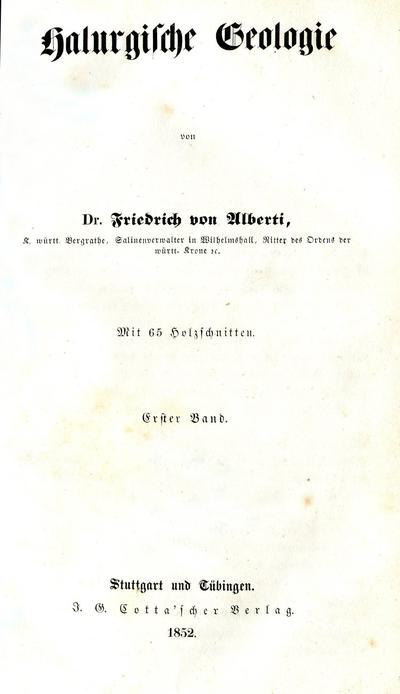 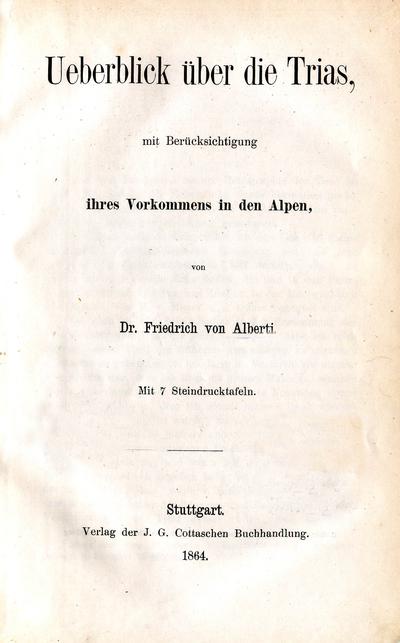 Alberti´s 1864 book is focused on fossils from the German and Alpine Triassic.