Almost all extant amphibians are small vertebrates, which need water for reproduction. The Triassic waters were inhabited by a great variety of Temnospondylia. This extinct amphibian clade owes its name to the bipartite structure of their vertebrae. Only a few temnospondyls were adapted to saltwater, whereas most genera inhabited freshwater in rivers and lakes. For this reason, temnospondyl remains are rare in the Muschelkalk but rather common in the Lower Keuper. This applies especially to the Lettenkeuper in the Southwest German countries of Hohenlohe, Schwäbisch Hall, and Limpurg where diverse temnospondyl faunas have been discovered. The Muschelkalk Museum Ingelfingen holds one of the best collections of Lettenkeuper Temnospondylia, among them the huge Mastodonsaurus giganteus, its smaller relatives Kupferzellia, Callistomordax, Trematolestes, and four genera of the bizarre plagiosaurs with transversely broadened skulls. Moreover, osteoderms and the strange globular vertebrae of Chroniosuchia have been found. These animals resembling crocodiles represent a side branch of the amniote lineage and are hence closer related to the reptile and mammal lineages. The most impressive finds in the Lettenkeuper Gallery have been excavated, recovered, and prepared by the Crailsheim fossil collector Werner Kugler. 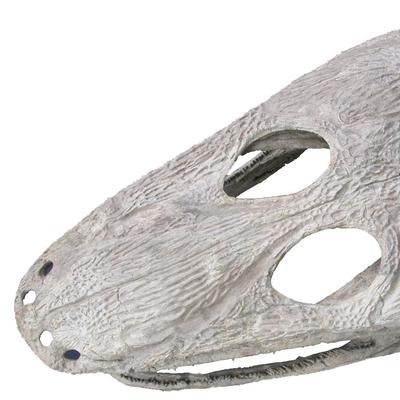 Mastodonsaurus giganteus reached up to six metres and is regarded the biggest amphibian ever. Its meter-sized crocodile-like skull with huge tusks accounts for its position as top predator in the Lower Keuper swamps. The complete skull and lower jaws on display measures more than 60 cm. 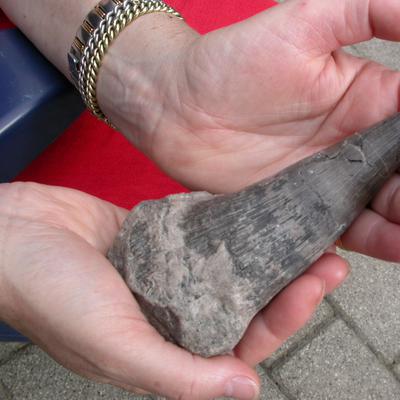 The tusk of an adult Mastodonsaurus is more than 14 cm long. Due to the labyrinthic enamel folds of their teeth, the Temnospondylia were previously called ‘Labyrinthodontia’, but this term was withdrawn because coelacanth fish and ichthyosaurs have similar teeth. 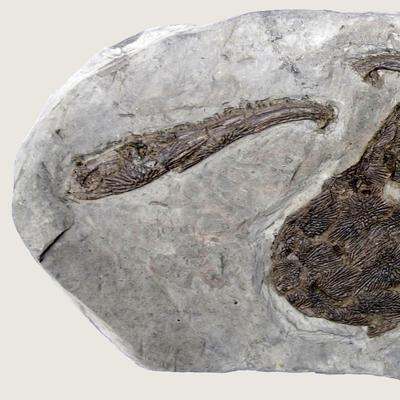 The nearly closed ear openings at the posterior margin of the skull prove the assignment of Kupferzellia wildi to Cyclotosauria. Skulls and postcranial bones of this temnospondyl were discovered near Kupferzell when the Motorway A6 was constructed in 1976. The skull with the dissociated lower jaws was found in the Schumann quarry near Vellberg. 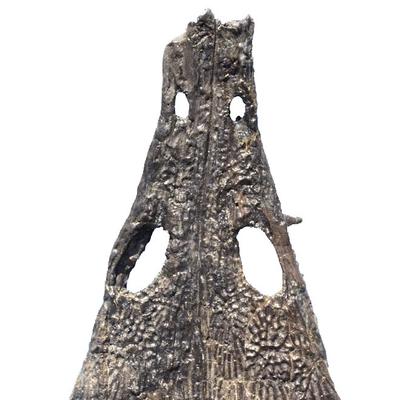 The skull with an elongated snout and long, keeled teeth of Trematolestes hagdorni is indicative of its piscivorous life habit as a fish hunter. This genus is a Middle Triassic representative of the Trematosauroidea, which were widely distributed and diverse in Early Triassic times. 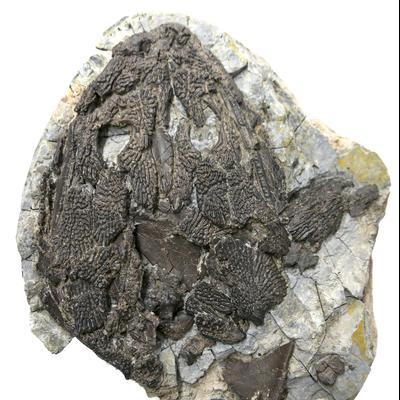 Callistomordax kugleri was baptized in honour of Werner Kugler who discovered the first complete skull in the Vellberg Lettenkeuper. The eye openings (orbitae) in the anterior part of the skull indicate its position close to the metoposaurids, the largest Late Triassic temnospondyls, which are represented by several species in the Middle Keuper. 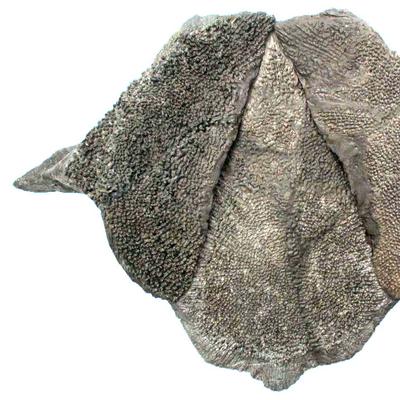 The flat armor plates of the shoulder girdle composed of two lateral clavicles and the central interclavicle display the granular sculpture typical of the plagiosaur Plagiosuchus pustuliferus. Other than in the distinctly smaller plagiosaur Gerrothorax, its osteoderms are small granules. 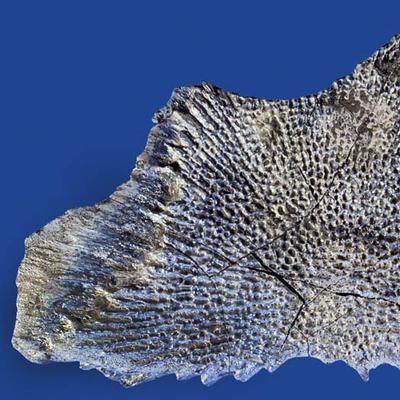 Plagiosternum granulosum is the biggest known plagiosaur. This genus inhabited even saltwater and is hence the most common temnospondyl in the Muschelkalk-Keuper boundary bone bed. The armor plates of the shoulder girdle are characterized by an exterior sculpture reminding of a honeycomb. The photo shows an almost complete interclavicle. 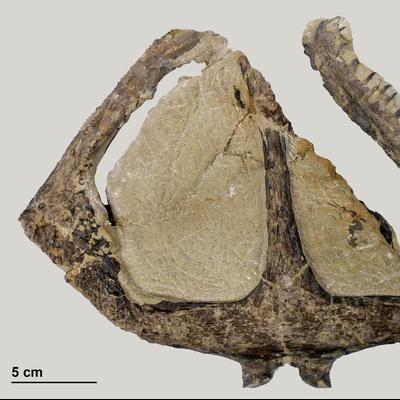 The huge eye openings (orbitae) in the skull provided the genus name of Megalophthalma ockeri, the fourth plagiosaur genus, which was erected only a few years ago. The unique skull was found by Willy Ockert in the Lettenkeuper Hauptsandstein. Until now, only a few additional fragments assigned to Megalophthalma were found. 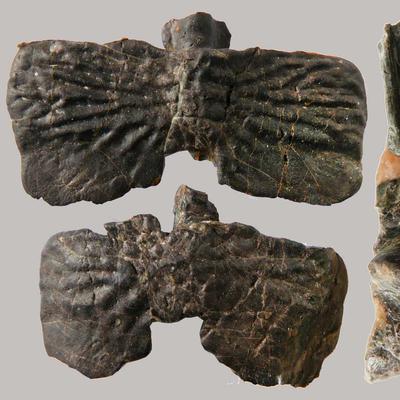 Only after a long time, the enigmatic spheroid vertebrae found in the South German Lower Keuper were identified as the intercentra of chroniosuchians. Their neural archs were topped by wing shaped osteoderms. The Lettenkeuper chroniosuchian was named Bystrowiella schumanni after the Russion vertebrate palaeontologist A. P. Bystrow and the quarry owners and proved to be the first chroniosuchian record in the Central European Triassic.