Other than body fossils, trace fossils do not preserve skeletons but traces of organismic activity on or within the sediment. Hence, they document behaviour patterns of extinct animals. According to the basic functions of living, moving, and foraging, the trace fossil types can be classified as: burrows, as resting and creeping traces, and as browsing and feeding traces. Moreover, similar traces can be produced by different organisms, and the same animal can produce different traces. Trace fossils may also prove the existence of organisms, which can otherwise not be identified because they have no skeletons that could be preserved as body fossils. Some types of Muschelkalk sediments are extensively bioturbated. Depending on the primary consistence of the seafloor, sediments display traces produced in muddy or in firm grounds, or even borings in hard grounds. Many organisms were boring within shells and left their mines. Like body fossils, trace fossils are classified and specified by a binominal scientific genus and species name. 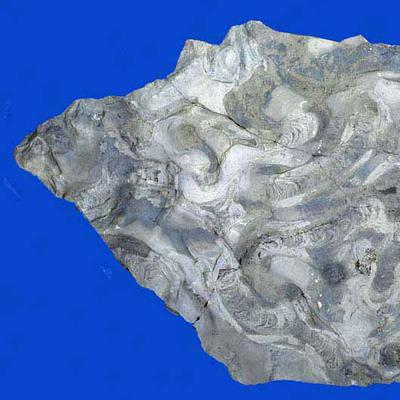 The U-shaped trace fossil Rhizocorallium was produced by unknown arthropods or worm-like animals as a living and foraging burrow in soft sediment. In the ‘Spreite‘ between the two branches of the U-tube the digested sediment was deposited as backfill, commonly together with fecal pellets. 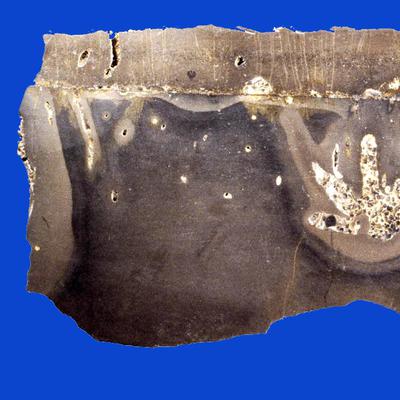 After consolidation of the calcareous sediment as a firm ground, unidentified organisms, possibly priapulids, produced the burrowing trace Balanoglossites. Subsequently, when the seafloor was cemented as a hard ground, it was bored by unknown animals, which left the narrow boring trace Trypanites. 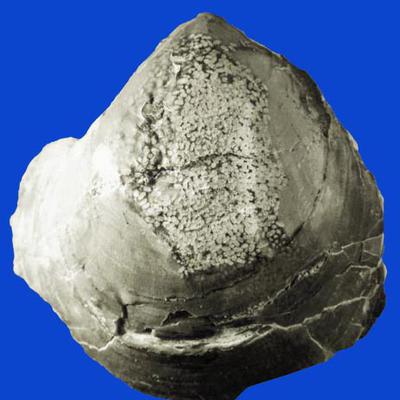 Underneath the valve of the scallop Pleuronectites, fecal pellets have accumulated, which were possibly produced by arthropods or polychaete worms. 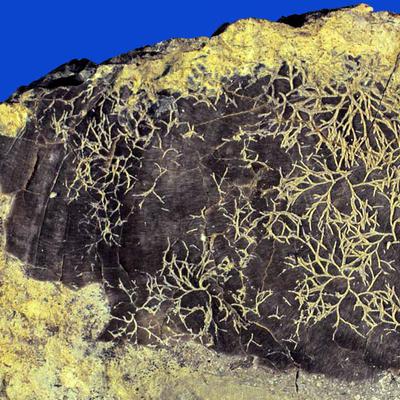 Phoronids, which are distantly related to brachiopods, have been mining within the inner, aragonitic shell of the scallop Pleuronectites laevigatus and produced a branching channel system. After the death of the miners, the channels were filled with mud: They then appear as natural casts after the dissolution of the aragonitic shell layer contrasting against the dark calcitic outer shell of the scallop. 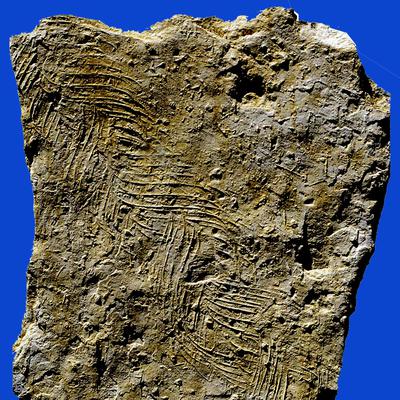 Foraging along the bottom of a body of flowing water, a large coelacanth fish left the signature of its moving fins on the ground. When fine grained sand accumulated and lithified as a sandstone bed, the impression of the trace was preserved on its lower side. This swimming trace at the base of the Lower Keuper sandstone bed was named after its finder Parundichna schoelli. 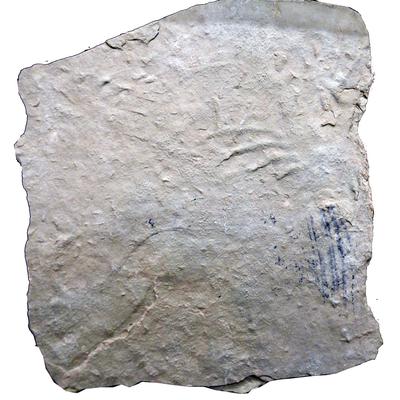 Rhynchosauroides peabodyi is one of the most common reptile tracks in the carbonate flats of the mariginal Lower Muschelkalk Vossenveld-Formation. The producer of this track was likely a terrestrial archosauromorph protorosaur related to Macrocnemus. Complete skeletons of this reptile have been found in Middle Triassic black shales of the Alps, but have not yet been recorded in the Muschelkalk.