Corals and siliceous sponges are strictly bounded to seawater with normal salt content. Hence, they existed in the Muschelkalk Sea only temporarily under optimum conditions. Due to their symbiosis with green algae, reef building (hermatype) corals need shallow water and pervasive light. In the Muschelkalk Sea this applied to areas close to the marine straits towards the Tethys shelf, to Upper Silesia in the Lower Muschelkalk, to the Black Forest area in the Upper Muschelkalk. Hermatype corals indicate a palaeoenvironment in warm, clear, and shallow water with a continuously subsiding seafloor enabling a growing reef to remain at an optimum depth. After the end-Palaeozoic reef crisis, the Upper Silesian coral and sponge reefs were among the earliest modern reefs. Hexactinellid sponges are found as isolated siliceous sclerites in several Muschelkalk formations, in Upper Silesia even as entire skeletons, which can be prepared by etching with hydrochloric acid. 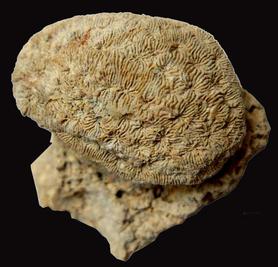 Pamiroseris silesiaca is a coral, which was common in the upper levels of the sponge and coral reefs of the Karchowice Formation in western Upper Silesia (Poland). 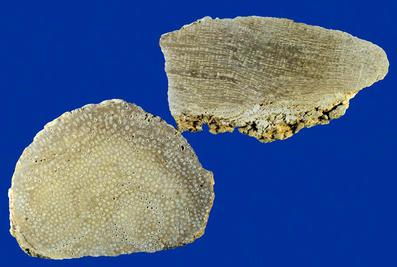 Procyathophora fuerstenbergensis is a common coral in the Marbach Oolite Member of the Trochitenkalk Formation from the southeastern margin of the Black Forest. 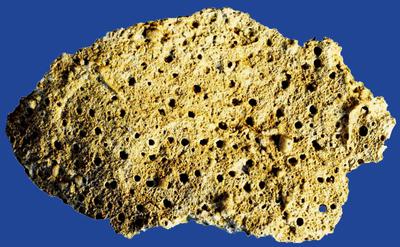 Silesiaspongia rimosa is a siliceous sponge acting as a reef binder in the sponge and coral reefs of Upper Silesia. Its hexactinellid sclerites form a siliceous frame.